MIcompany has decided to expand its Data Analytics Technology team in Tel Aviv over the next years. This announcement was made by Martin Heijnsbroek, managing partner MIcompany, during a seminar organized for the first office anniversary of MIcompany’s operations in Tel Aviv. The theme of the seminar – Bridging Amsterdam & Tel Aviv with Data Analytics – was shaped by keynote speakers of leading companies under which: Shaldor, Shufersal, Booking.com and Spaces. As a recognition of the importance of this Data Analytics bridge between both cities, the mayor of Tel Aviv and the Dutch ambassador attended as honorary guests. 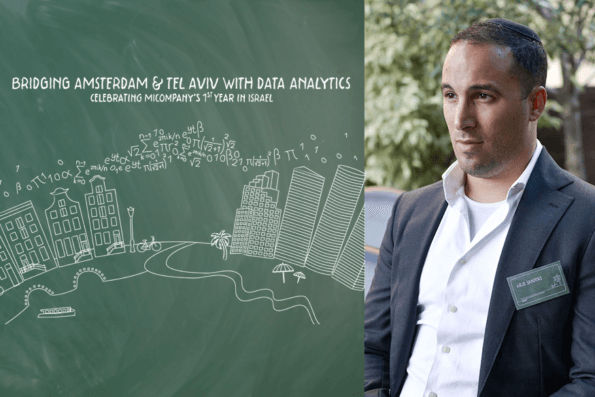 In 2015 MIcompany decided to invest in building a bridge with one of the leading Data Analytics Technology hubs in the world: Tel Aviv(1). Much has happened since that decision. In 2016 an office in Tel Aviv was opened. Arje Sanders was appointed as director and a Data Analytics technology team has been recruited. Furthermore, MIcompany and Shaldor – the leading Strategy consultancy firm in Israel – have laid the foundation of this bridge through a partnership. Since then, a number of blue chip corporates have engaged with MIcompany to improve their competitive positioning through Data Analytics, and to build up new Data Analytics capabilities. The Israel client list includes renowned companies like credit card provider Leumi Card and Shufersal, Israel’s leading supermarket chain. At the same time MIcompany’s Technology team in Tel Aviv is making a real difference for Dutch companies through smarter data capture and integration, and building applications that allow for implementation of machine learning algorithms. 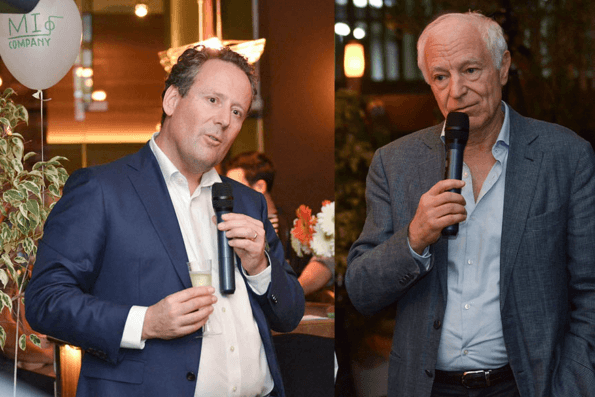 Capturing the strategic value from Data Analytics with Shaldor

To cement their partnership, Shaldor and MIcompany added Data Analytics as a separate logic to Shaldor’s approach in developing breakthrough strategies and translating these strategies to transformative initiatives. Sami Friedrich, founder and managing partner of Shaldor: “Business leaders around the world realize that trends around Data Analytics are driving a new strategic logic for business. Data Analytics promises major opportunities for value creation, but these promises are challenging to capture. With MIcompany we have a partner that can deliver on these promises of value creation”. Martin Heijnsbroek, managing partner of MIcompany: “On the other side, we see a lot of companies that treat Data Analytics as a ‘topical opportunity’ instead of integrating the Data Analytics logic at the strategic level. Such organizations lack focus on where to innovate, change their business model and build capabilities. With Shaldor we found a partner to anchor Data Analytics in a common approach at the strategic level.” 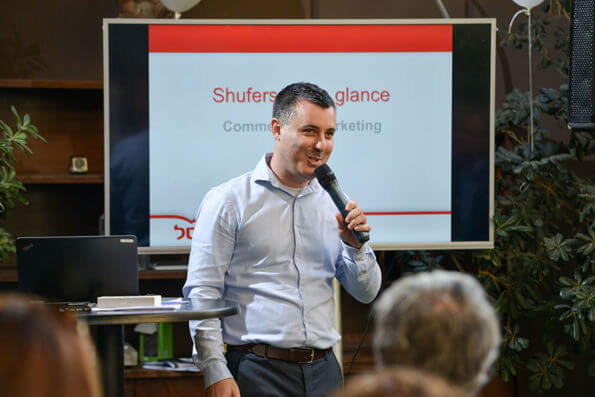 Shufersal is one of the companies where the partnership of Shaldor and MIcompany operated. Shufersal is one of the leading supermarket chains in the world, with a 10%+ online sales share. As an outcome of their corporate strategy a major Data Analytics initiative was launched which was presented at the seminar by Guy Even – Chief of Staff Commerce and Marketing of Shufersal (see photo). He elaborated at the seminar on: 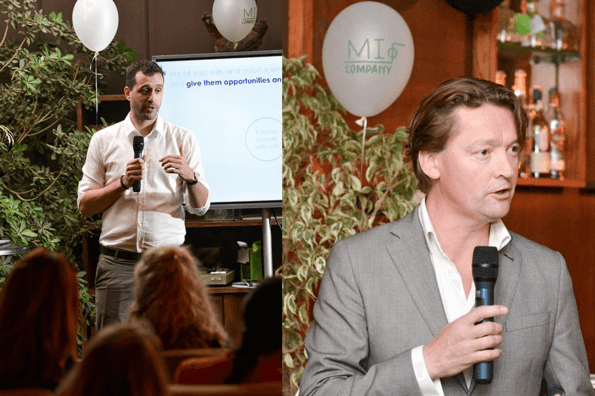 Bridges between Amsterdam and Tel Aviv are also built by Booking.com and Spaces

Vladimir Sterngold (director People Analytics & Research of Booking.com) and Martijn Roordink (co-founder and MD of Spaces) were also keynote speakers at the seminar. In 2017 both companies opened strategic offices in Tel Aviv to create their bridge between Amsterdam and Tel Aviv. Coincidentally, Booking.com, Spaces and MIcompany also share the same office building at the Vijzelstraat in Amsterdam.

In a LinkedIn post Gillian Tans – CEO of Booking.com – formulated the goal of the new innovation center in Tel Aviv: “to scout new artificial intelligence technologies that will improve our product offering. Things like chatbots, machine learning, natural language processing, or sentiment analysis are applications of Artificial Intelligence that may one day profoundly change how we think about and transact in travel and local experiences. The company chose Tel Aviv due to the city’s status as ‘one of the most tech forward markets in the world.”

Vladimir Sterngold emphasized in his speech the importance of the way of working and culture to gain impact from – new – data analytics technologies. “Decentralize and put data scientists as close as possible to the customer. Furthermore, create a culture based on hypotheses instead of opinions and invest in your people through education. We share this philosophy with MIcompany and that is the reason we jointly set up the Data Science Impact Program – an education program that is aimed to further increase the impact of our data scientists through both the training of techniques and skills.” Sterngold ended his speech with four theses:

Spaces opened their co-working and office location in Tel Aviv as part of their global roll-out in the beginning of 2017. The Tel Aviv office was one of the first locations of Spaces outside the Netherlands. Martijn Roordink: “The opening of Tel Aviv location in this city – which leans very heavily on its start-up climate – formed a good base for our further worldwide expansion”. Since then, over 50 other Spaces locations opened all around the world from Sao Paolo to Singapore. This beginning of 2018 even marked the announcement of the 100th Spaces location. This will be topped with the opening of 150 more by the end of 2018. Martijn Roordink: “We are excited to be adding also two more Spaces to the Tel Aviv area later in 2018.” 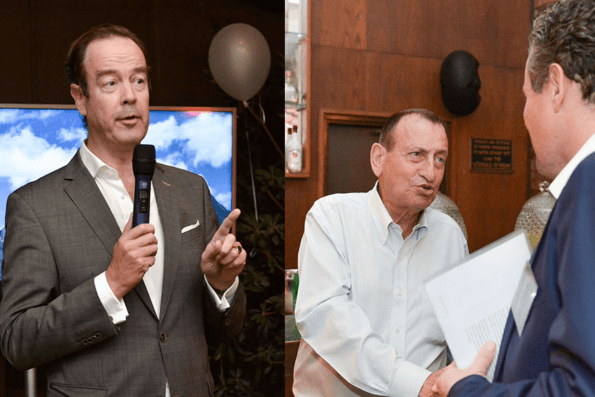 Ron Huldai, the mayor of Tel Aviv, and Gilles Beschoor Plug, the Dutch ambassador in Tel Aviv, were honorary guests at the seminar. Ambassador Beschoor Plug emphasized in his presentation about importance of the knowledge transfer between the two countries. On the one hand the embassy hosted several trade missions of Dutch investors to invest in and learn from the Tel Aviv startup scene in last year only. Beschoor Plug mentioned MIacademy(3) as a potential strong service for sustainable knowledge transfer from Amsterdam to Tel Aviv.